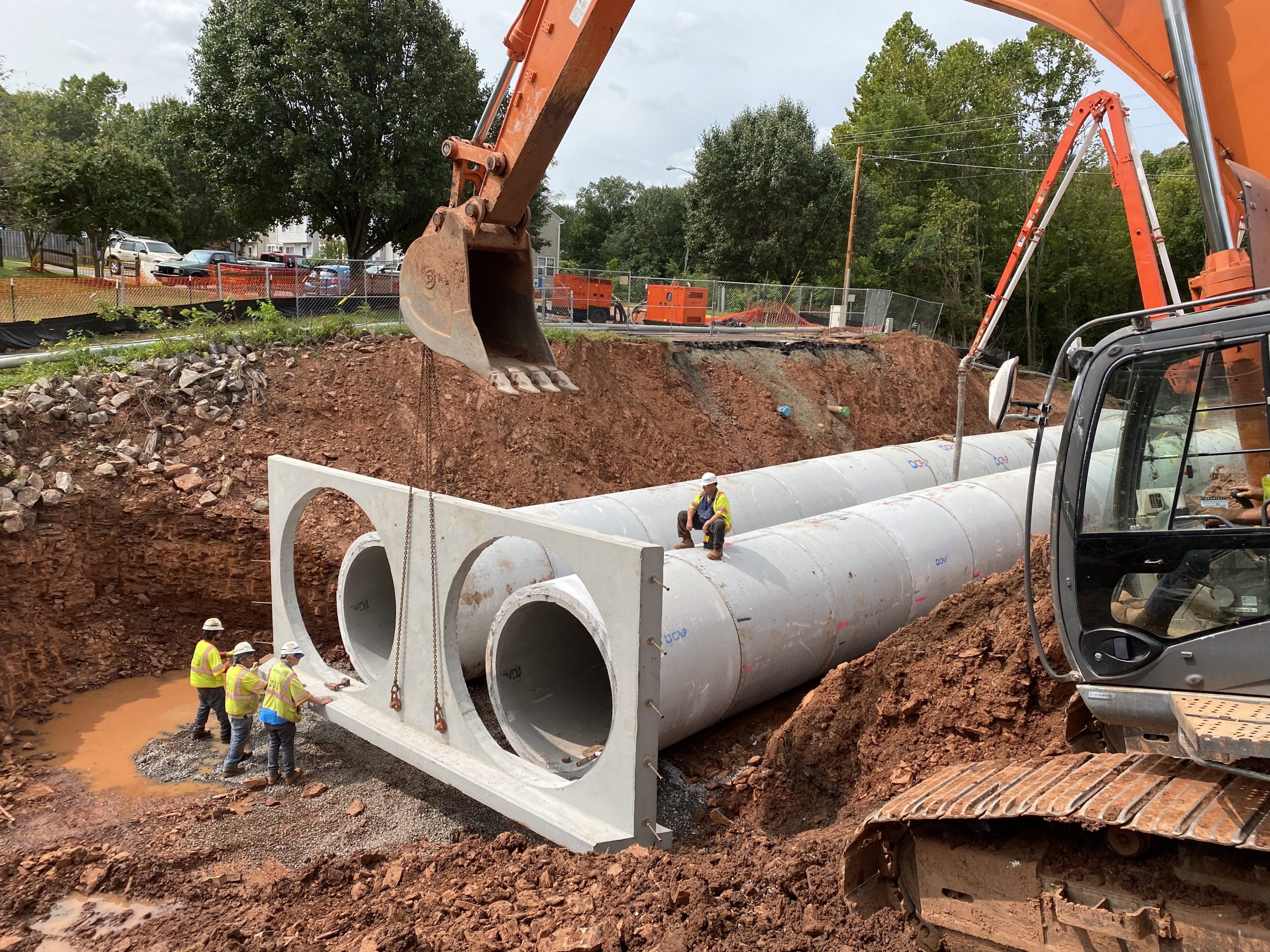 The existing metal pipeline was a twin line consisting of a 96” diameter CMP alongside a 72” Diameter CMP. These pipes were designed as “Flexible pipe systems” which rely heavily on the soil embedment constructed around them to carry the weight of the roadway overtop. Because the soil around a flexible pipe carries so much of the load, once an event (like heavy rains) starts to compromise the soil embedment, the entire system strength can give way catastrophically. Flexible pipes do not have the proven performance and life expectancy of Concrete Pipe. Sadly, in an effort to save a few dollars, some developers continue to use flexible pipes for drainage on their projects. It is unfortunate that 400 Manassas Park residents had to spend precious time cut off from their homes, but it is encouraging that Concrete Pipe was used in the replacement. These Manassas Park residents can rest assured that a flexible pipe failure will not happen again at this location.

Bowman Consulting, out of Herndon, VA, was engaged to oversee the engineering for the pipe replacement project and Shirley Contracting was hired to install the new twin runs of 84” Diameter Concrete Pipe. About 300 Linear Feet of 84” Class III RCP was shipped from CP&P’s Jessup facility while the Double 84” Diameter Endwalls were produced and shipped out of CP&P’s Ashland facility.

Concrete Pipe & Precast is proud to be a part of a long lasting solution for this community.