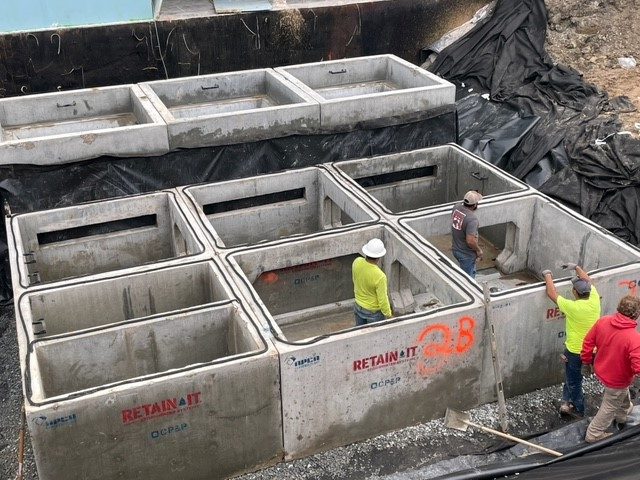 Bobby Currin & Sons recently began their installation of the City of Durham, North Carolina’s second Retain-it modular storm water system. This retain-it installation for the Morehead Self Storage project started the week of December 20th and is scheduled to be completed early January. The retain-it system includes modules for use as a sediment pool as well as a sand filter area.

Due to the City of Durham’s particular access requirements for sand filters, each cell in the retain-it system includes either an access hatch or manhole access. Because the project jobsite has very limited room for installing the system and would have proven very difficult to maneuver the retain-it modules with an excavator adjacent to the building structure already under construction, Bobby Currin & Sons decided to use a crane to set and install the retain-it modules.

This second retain-it system in the greater Durham, NC area should serve as a springboard to more winning opportunities for the use of retain-it.