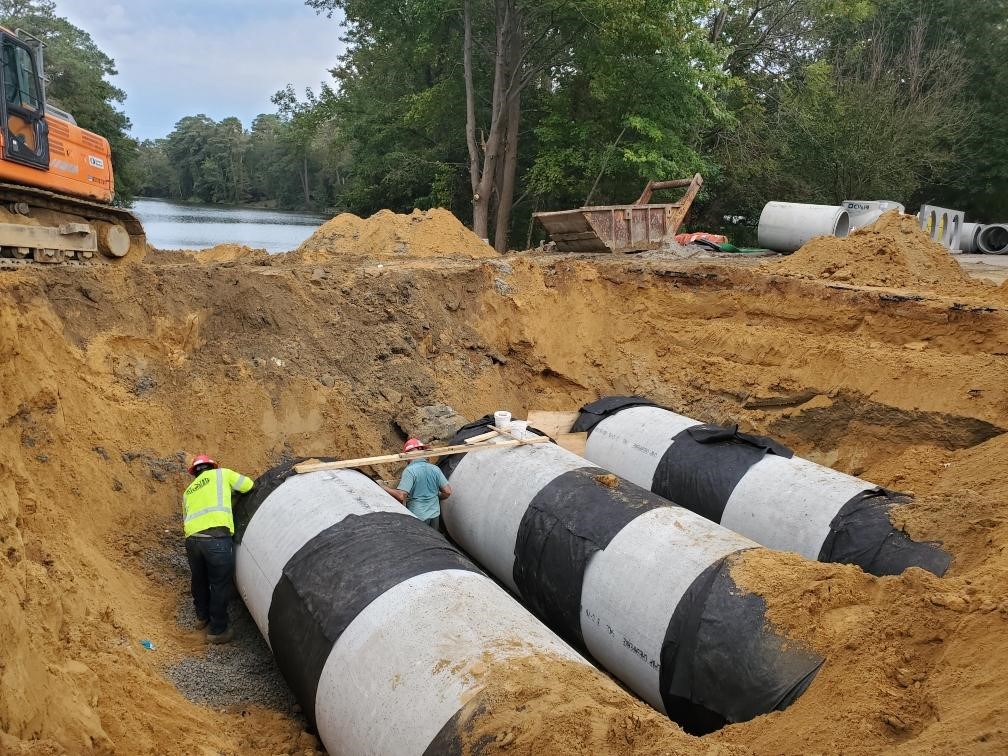 Tropical storms are often blamed for collapsed roadways, however many times a large rain event like a tropical storm is merely the “final straw” in a series of issues leading up to a critical culvert failure. The flexible pipe culvert that recently failed in the Lake Smith/Haygood area of Virginia Beach was one such example, when a tropical storm completely wiped out the corrugated metal pipe (CMP) under Five Forks Road.

Local residents in the area claim that the strip of road where the existing flexible culverts failed had been a problem for some time, as the pavement there had dipped down creating a makeshift “speed bump.” Drivers had to slow down and cautiously navigate over the sags in the roadway. Construction crews had attempted to make repairs, however the repairs were not enough to keep the flexible pipe culvert from catastrophically washing out during a storm. The flexible pipe failure caused many “once cautious” drivers to find an alternative route to and from their homes.

Tri-State Utilities was chosen to remove the failed pipe culvert and install a new triple barrel run of 54” Reinforced Concrete Pipe (RCP). The new concrete pipe installation included three each 54” x 48” Manhole Tees and a Triple EW-7 style endwall for each end. During the new concrete pipe installation, Tri-State Utilities used a filter fabric material to wrap each pipe joint, in addition to the ASTM C443 Rubber Gasket used to seal it. This method of adding a joint wrap material with the rubber gasket joint is common practice in many coastal areas, and creates an extra safe and secure pipe/joint system.